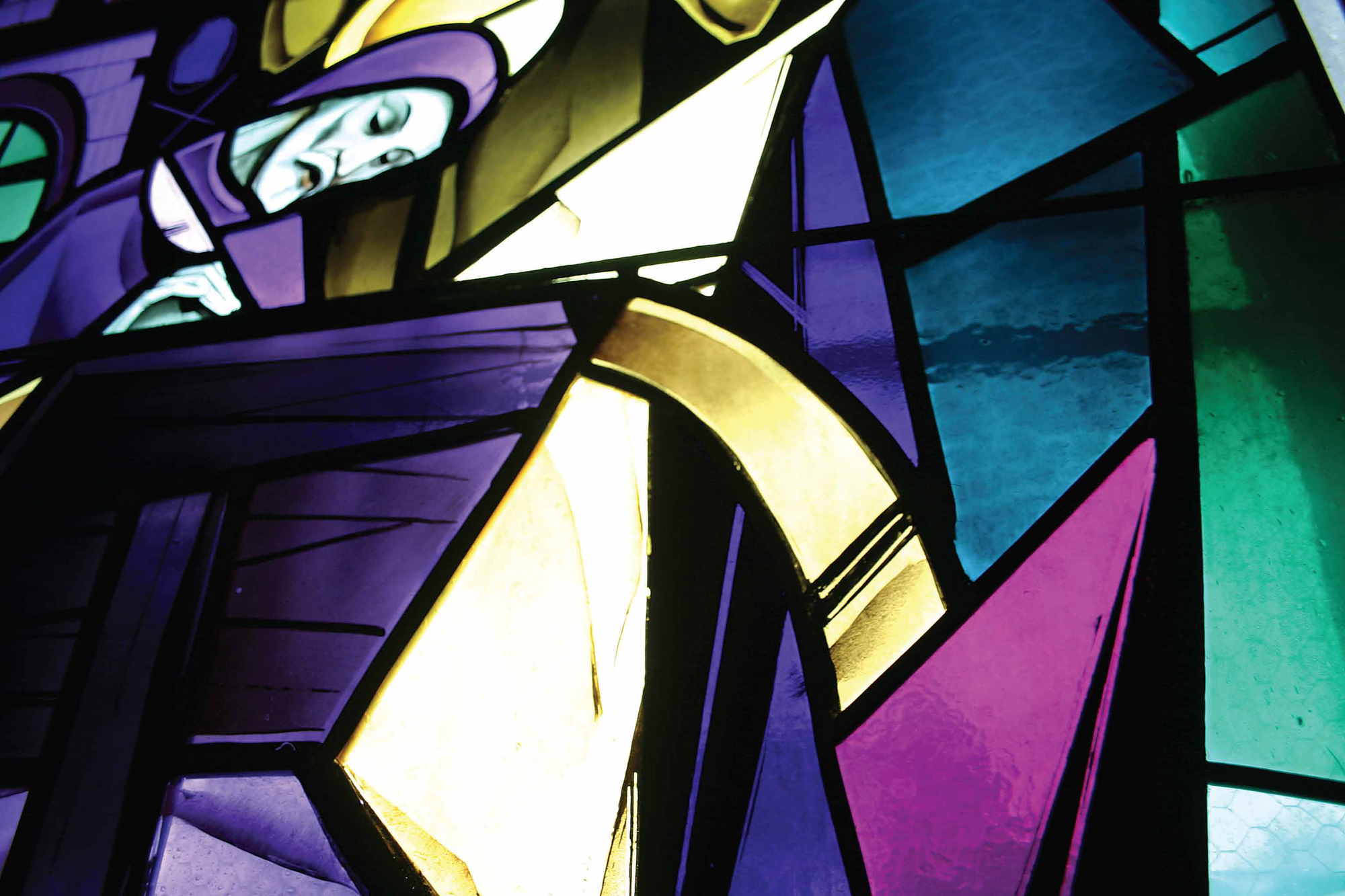 is it illegal to buy isotretinoin online

where can i get isotretinoin

where can i get isotretinoin

A native of WInnipeg, Melinda Enns has performed extensively both home and abroad conquering the operatic, oratorio and recital stages. She has appeared as soloist with the Winnipeg, St. Luke’s and Windsor Symphony Orchestras, the Winnipeg Singers, and the Manitoba Chamber Orchestra under the direction of conductors including Bramwell Tovey, Helmuth Rilling and Robert Shaw. Other concerts include those in Toronto, Edmonton, Montreal, Charlottetown, Quebec City, Ann Arbor, Detroit, Eugene Oregon, New York City, Paris, Marseille and Aix-en-Provence, France.

Ms. Enns’ long tenure with Oregon Bach Festival Choir under the direction of Helmuth Rilling culminated in two performances in Carnegie Hall as well as concerts in Germany, Poland and Spain. Under the Hänsler label, she has participated in recordings of Mendelssohn’s A Midsummer Night’s Dream, Schubert’s Mass in E Minor, Handel’s Messiah, Dvorak’s Stabat Mater and the Grammy award-winning Penderecki Credo.

Ms. Enns is currently a member of the voice faculty at Bishop’s University in Sherbrooke, Quebec and is the assistant conductor of the Bishop’s University Singers. She maintains an active private teaching studio and is the proud mother of two children. Since her arrival in 2002, she has appeared as soloist with the Amadeus choir of Quebec in performances of Handel’s Judas Maccabeus and Messiah; and with the Sherbrooke Symphony Orchestra in performances of Haydn’s Creation, Mendelssohn’s Elijah and Bach’s Christmas Oratorio. She has also performed for Her Excellency, Adrienne Clarkson, former Governor General of Canada and was recorded and broadcast for CBC Radio-Canada.

Known for her unique vocal colour, musical intelligence and refined artistry, soprano Marie Magistry has earned a solid reputation as a performer on the Canadian music scene. She has toured across Canada as well as in the United States, South America and France.

Her clear, warm soprano is suited to a wide ranging repertoire, from early to contemporary music. Ms. Magistry appears regularly as a soloist with Quebec’s most prestigious ensembles: Studio de musique ancienne de Montréal, Les Violons du Roy, Arion,  Caprice, Les Boréades, Les Idées heureuses, Clavecin en Concert, La Nef, Theater of Early Music, l’Harmonie des Saisons, I Musici, and the Montreal Symphony Orchestra. An interest in contemporary music has led to her involvement in a number of premieres with ensembles such as the SMCQ Contemporary Music Society and VivaVoce. She has also had the opportunity of singing with the Tafelmusic and Trinity Wall Street chamber choirs.

In addition to numerous radio appearances on CBC and SRC, Marie can be heard on the Atma, Naxos, Analekta, and Sony labels in recordings that have received numerous awards, including a Juno. Other forms of recognition include a number of Opus Awards from the Conseil québécois de la musique. Marie has received support from the Conseil des arts et des lettres du Québec and participated in international performance internships in the United States, Canada, and France. She holds a Master of Music degree in vocal performance from McGill University.

A native of Quebec City, coloratura mezzo-soprano Marie-André Mathieu is praised for her sumptuous and warm voice, and renowned for her remarkably accurate vocalises.

As a Jeunes Ambassadeurs Lyriques 2016 laureate (having received eight grants and named Jeune espoir lyrique québécois), Marie-Andrée Mathieu was invited to sing in Germany, and will sing in Austria, China and Slovakia in 2017-2018. She was also a semifinalist at the Concours international de chant de Marmande 2017, a semifinalist at the Concours OSM Standard Life 2014 and won first prize in Quebec’s Concours d’art lyrique de la Relève musicale.

Her artistic profile makes her naturally fit for “pants roles.” She was Nicklausse in Offenbach’s Les contes d’Hoffmann at the Opéra-Théâtre de Rimouski. With her special affinity with the Baroque repertoire, she delivered a notable performance as Orphée in Gluck’s masterpiece for the Relève musicale de Québec, and as Junon in Charpentier’s Actéon, produced by the Compagnie Baroque Mont-Royal in Montreal. Her surprising vocal agility makes her perfect for Rossini, with roles such as Lucilla in La scala di seta, under the direction of Maestro Alberto Zedda, at the Lunenburg Academy of Music Performance in Nova Scotia.

She is regularly invited as a soloist for recitals, including for Duruflé’s Requiem at the Basilique-cathédrale Notre-Dame de Québec, under director Airat Ichmouratov, as well as in Haendel’s Dixit Dominus with the Choeur polyphonique de Charlevoix. In the last years, she sang for Tempêtes & Passions, Les poètes de l’Amérique française, Les Après-midis des Ursulines, Musique de chambre Sainte-Pétronille and Les Concerts Couperin among others.

Ms. Mathieu holds a Master’s degree in classical singing performance from Laval University, where she graduated with an award for excellence. Ms. Mathieu completed a Bachelor’s degree in classical singing performance, where she won the Patricia-Poitras scholarship for best results at the final recital. She studied with soprano Patricia Fournier, with whom she still works to this day.

A very versatile musician, Marie-Andrée Mathieu has also studied piano and guitar. Since her stage debut, Ms. Mathieu has performed in a wide range of styles, including Brazilian music and French song. Among other projects, she is the lead singer in French song ensemble La Virevolte. She is also a member of La Chapelle de Québec, the official chamber choir for world renowned orchestra Les Violons du Roy.

Quebec tenor Jacques-Olivier Chartier is known for his beautiful sound and elegant singing in a wide variety of vocal styles. A former member of the Atelier Lyrique de l’Opéra de Montréal, he has earned critical acclaim for the “poise and pathos” of his interpretive skills.

As a Winner of Tafelmusik Baroque Orchestra’s Vocal Competition in 2016, Jacques-Olivier recently debuted with this prestigious ensemble as tenor soloist in Zelenka’s Missa Omnium, under the baton of conductor Ivars Taurins.

A native of Québec, Alexandre Sylvestre studied at the Conservatoire de musique de Montréal where he was awarede the “Premier Prix avec Grande Distinction.” In the 2017-2018 season, he looks forward to the roles of John Connally in JFK and Capulet in ROMEO ET JULIETTE, both for his home company, Opéra de Montréal. He debuted for Seattle Symphony last season as L’arbre and Fauteuil in L’ENFANT ET LES SORTILEGES and has been recently heard in SILENT NIGHT for Michigan Opera Theatre, as Colline in LA BOHEME and the premiere of LES FELUETTES for Opéra de Montréal, Bartolo in IL BARBIERE DI SIVIGLIA for Saskatoon Opera, Timur in TURANDOT for Calgary Opera and Mozart’s REQUIEM for Orchestre symphonique de Québec. Of special interest is Opera Lafayette’s LEONORE project, performances of Beethoven’s original version of FIDELIO and the version by Gaveaux on the same subject, in Washington and New York.

This site uses cookies. By continuing to browse the site, you are agreeing to our use of cookies.isotretinoin online pharmacy